If you missed this Monday’s Episode Of My World Of Entertainment then listen to it now on Soundcloud!

Episode 4 – My World Of Entertainment 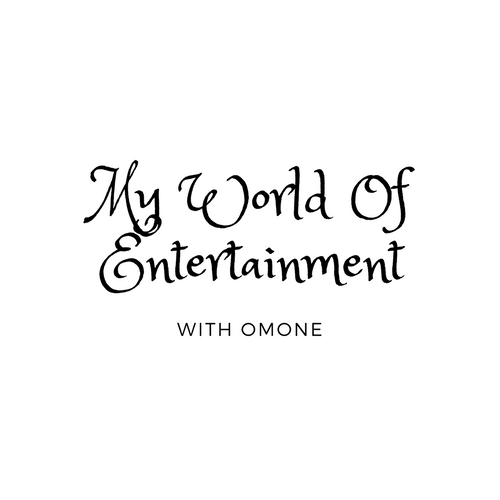 Great news! My new show, called ‘My World of Entertainment’, will be airing on Monday 16th October, 4-6pm, on Brainy Radio. My show will cover all aspects of entertainment e.g. music, films, TV shows, k-pop, anime etc. On the 16th October I will be talking about the film I’m most excited to watch (Black Panther) and why and how artists like J Hus are creating their own genre of music by combining American rap, grime, afrobeats and dancehall. My show is primarily aimed at young people (16-25) but anyone can tune in. I will also be discussing issues that affect young people including depression, bullying, peer pressure etc. I’m also looking for guests so if you’re a singer, rapper, actor or a creative email me: MWOEwithomone@gmail.com so I can interview you on the show. The studio is based in Manchester so even if you can’t come to the studio in Manchester we can always talk over the phone on air. I can’t wait for you guys to listen to my first show and they may even be a special guest that I’ll be interviewing;) below are links to access Brainy Radio online:

Hello everyone, I hope you have had a great week. I’m not posting a personal blog post today because I’ve been so busy but here’s a link to a great playlist I’ve been listening to all week! I haven’t done one of these in a long time so have a listen:

I hope you enjoy it,

I’ve been genuinely so busy this week with homework, revision, blah blah blah… but I’ve got some pretty exciting news. On Tuesday I went to my first proper audition in London, I was audition for the main characters sister and I think it went really well! The audition was for a web series about how two people meet and how it’s more than just a coincidence. I haven’t heard anything back from them but I’m sure they’ll contacted me soon. Also, I might be narrating a short animated film which is soo exciting. I’ve still been going to the theatre every Tuesday after school and the acting coach/assistant is pushing us so hard during our sessions. I’ve had so many new opportunities open up for me this month and I’m so greatful.

School has been taking up most of my time because I have my exams in 3 months. I’ve had a lot of revision to do and not much time to blog. I’ve had to make presentations lately for media studies on our case studies for our exams which is tireing and we have more research to conduct. I have another psychology mock in two weeks and I’m going for an A grade again like I got in my mock. I’ve already started revision and I think this paper will be easier than the mock paper. The weather has been great this week however the sunny weather has started to remind me of exams this summer😂 I’ve finally got an offer from Loughborough university meaning that I’ve got all 5 university offers!!🎉

Also, I’ve been watching Naruto and now I’m on episode 157. It’s soo good and I decided to start watching this anime because anyone who is a fan of anime has watched Naruto. It’s just as good as Hunter X Hunter if not better. I can’t wait to finish the whole anime even though I know this isn’t the best time to start an anime. What’s worse is that I haven’t finished watching Yu-Gi-Oh! GX but I’ll finish that after I’ve watched Naruto and Naruto Shippuden.

I’ve been nominated for the Blogger’s Recognition award by an awesome blogger, Rambling Kori, please check out her great blog! This isn’t my first time being nominated for this award so here goes:

The rules:
1. Thank the blogger who nominated you and provide a link to their blog

3. Give a brief story of how your blog started.

5. Select 15 other bloggers you want to give this award to.

Give a brief story on how your blog started:

I used to own an Instagram account dedicated to the TV show Charmed because I loved the show so much. I decided to create a blog about Charmed but then one day I decided I wanted to do more with my blog. I decided I was going to start writing about my personal life, music and films. I wrote my first post on school and came up with the idea of music Monday.

1. Don’t pressure yourself to blog all the time and a lot in a short space of time. Blogging should be something you enjoy and it’s OK to take a break now and then

2. Be passionate about what you’re blogging about and do what makes you happy.

4. My Life is an Ocean Fear

You don’t have to partake in this award but I just want to thank Rambling Kori again for nomination!

Finally, I have a bit of a break from school! Although, I have lots of homework to do, a presentation to complete and I need to start preparation for the real exam. I’ve completed my biology homework which took some time and I’ve still got to complete my presentation on Scottish identity for media studies. I don’t really know why I picked Scottish identity because for one of our case studies in media studies we have to explore the identity of a group of people or a place. I’m the only one in my class doing a place but I’ve always found Scotland quite interesting. I’ve got mocks coming up in Easter for all my subjects which is fun🙄 but these exams are really good practice for the real exams in June so their not pointless or unbeneficial.

I finished Harry and Potter and the Deathly Hallows on Saturday and it feels so strange not having anything to read. The books were soo good, if you haven’t read the book, I really advice that you do even if you’ve seen the films. I’m think of rereading all the books or maybe the 3rd, 4th and 6th book because those are my favourites. I probably wont reread then anytime soon because I’m concentrating on studying.

This week has gone pretty slowly in my opinion, but like I said, I’m glad it’s half term and I can have a bit of a rest. Even my head of sixth form said we should have a break because when we come back, there’s going to be a lot of work and revision to do. We have about 13 weeks (excluding holidays) of school before our exams!

As you guys know, I’ve been reading the Harry Potter Books and there are some magical transportation that I would love to take on a joy ride. If, in real life, you’d like to hire a car, why don’t you check out the car rental company Turo!

All Harry Potter fans wished they had received their acceptance letter from Hogwarts. The Hogwarts Express transported Harry to one of the only places he called home, Hogwarts, and even though there might not be there much magical about a train, I would really like to experience the ride to Hogwarts.

Even though I know I won’t be able to see Thestrals, they strike me as very interesting creatures. Being only seen by people who’ve seen death, I’d love to fly up to places on these invisible but amazing creature.

Everyone knows that Harry Potter’s favourite mode of transport is riding a broomstick. Flying came quite natural to Harry however, I believe that broomsticks might not be might my favourite magical transport due to my fear of heights and I’d imagine it can be quite uncomfortable on your backside. However, the thought of riding on a broomstick and playing Quidditch excites me!

The Knight Bus sounds like the most fun magical transportation in this list, the ride may not be as smooth, however I love the fact that you can ride the Knight bus in muggle streets without muggles having an clue that a triple-decker bus is travelling over 100mph! 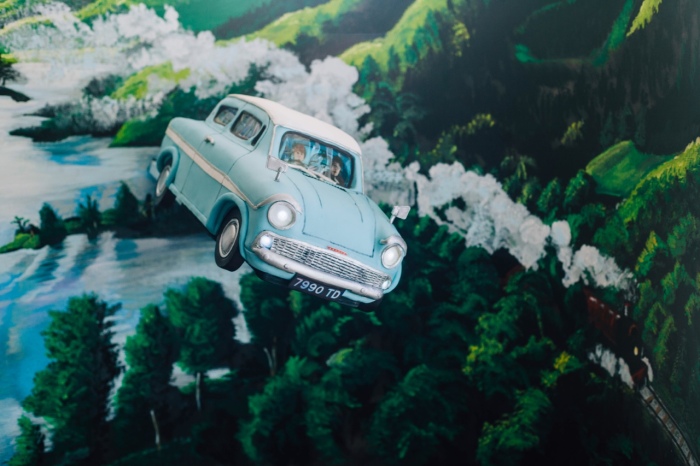 Literally being just a flying car, I can visualise myself using the flying Ford Anglia to travel to any destination, school, work etc. Not only can you avoid traffic but with the invisibility button (working), no one would be able to see you. I think I would experience the smoothest ride on the flying Ford Anglia and I can say goodbye to waiting for trains and Bus’s!

I hope you guys like my list, please tell me what other modes of transport from pop culture you’d like to ride and don’t forget to check out the car rental page by Turo.